Thierry Clerc, a a clinical homeopath and a nutritionist  based in Cambridge (UK),  has been interviewed on the Andie Harper Show for the 60-year anniversary of the end of WW2 war food rationing in the UK.

Thierry Clerc discusses the nutritional value of a typical weekly ration for an adult. These rations fluctuated throughout the war – these are the lowest they fell – Suga 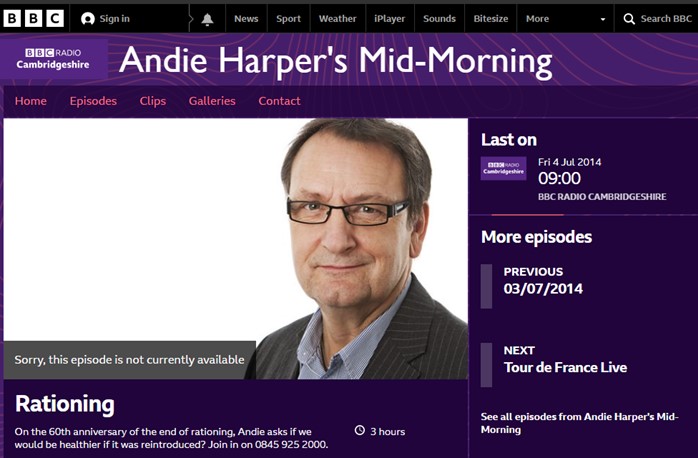 r: 8oz, Preserves: 1.5oz, Tea: 2oz, Bacon and ham: 4oz, Meat: One shilling-worth, Cheese 1oz, Butter: 4oz. There was further ration of cooking fat and margarine. As the system gathered momentum, the ordinary ration came to encompass other products. There was also a separate points system for canned food, dry goods and other groceries. Clothing and petrol were also rationed. Vegetables were unlimited.

We discussed the nutritional content of the ration and also compared its nutritional value compared to a modern carbohydrate-rich diet.

Feel free to contact BBC Radio or myself for a copy of the interview.